Key Seismic has implemented a proprietary technique for shot and receiver deghosting of marine seismic, which has been successfully applied on a large volume of East Coast Canadian data.

Ghost events are generated at both the shot and receiver positions, due to downward reflection from the sea surface. Figure 1 illustrates the principle of the receiver ghost, showing the equivalence between a ghost reflection and a mirror receiver for the case of a flat sea surface. Interference between primary and ghost reflections creates notches in the spectrum and lowers the useable bandwidth. The time delay of the ghost is given in this simple case by T = 2d cosθ/ν where d is the depth of the receiver, ν is water velocity and θ is the angle from the vertical of the up-going wave at the receiver. 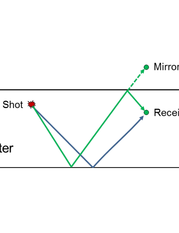 The sea surface reflection coefficient for a perfectly flat surface is almost -1, which would make the notches impossible to recover for any given angle of propagation. However, usually this is not the case, due to roughness of the sea surface, which means that there can be useable signal near the notch, which may be recovered by deconvolution. Several challenges are faced in effective ghost removal, such as: low signal-to-noise levels near the notches; variation and uncertainty of the sea surface height (swell) and reflectivity; variation and uncertainty in the true depth of the cable.

For a constant depth, under a perfectly flat sea surface, it is straightforward to apply a deghosting operator in either f-k or f-p domains (where p is the horizontal slowness p=f/k). However, these methods fail when faced with spatial variation of the receiver depth, or with variation in wave height. Our technique simultaneously accounts for the spatial variation of the receiver depth below the water surface and the angle dependence of the resulting time delay due to offset.

To demonstrate the difference between a constant depth deghosting and our variable depth method, we constructed a synthetic dataset, including the ghost, with variable sea surface state using a Kirchhoff modelling code, for a flat cable at depth of 15m. A shot from these data is shown in Figure 2(a). We also generated the data without a free surface to obtain the ideal ghost-free result as shown in Figure 2(e). Figure 2(b) shows a constant depth deghosting correction. In Figure 2(c) we apply our variable depth method assuming the depth of receiver below the surface is known. Finally, in Figure 2(d) we instead apply the method after estimating the unknown depth of each receiver from the data.

Figure 3 and 4 show near offset amplitude spectra and FK spectra respectively for the shots displayed in Figure 2. As seen from these figures, the use of constant depth deghosting produces suboptimal flattening of the spectrum whereas our variable depth algorithm produces a significantly improved spectrum. 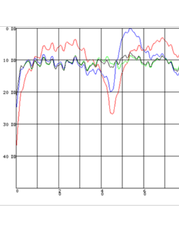 Figure 3. Amplitude spectra from near offset traces of data in Figure 2, (a)-(d). 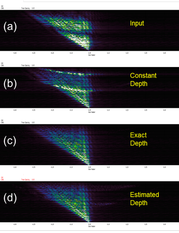 Figure 5 shows a comparison of stacked East Coast marine data before and after receiver deghosting has been applied with the above algorithm. These data, from the North Flemish Pass, were provided by Jebco Seismic (Canada) Company. In Figure 6 the amplitude spectra for data in the window are shown. Deghosting fills the notch at about 100Hz effectively as well as enhancing low frequency signal. 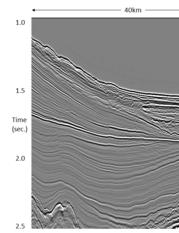 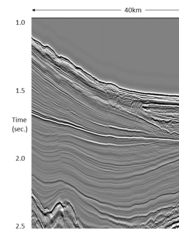