When PP seismic data is processed, a careful analysis of the surveyed shot and receiver positions is carried out to ensure that they are consistent with the acquired data. For PS data, accurate field positioning of source and receivers is required, but also accurate orientation of the inline direction of the 3C receivers is required. Without reliable orientation information, estimation of azimuthally dependent quantities required for splitting analysis is impossible, and even simple radial PS output is adversely affected.

The assumption used is that first breaks measured on both vertical and horizontal components are radially oriented P-wave arrivals. This assumption warrants some scrutiny, as it neglects near surface effects such as anisotropy and scattering. However, we found the analysis to be fairly robust when applied over many shots for each receiver. We also estimated a standard deviation of the individual shot-based measurements for each receiver. This gives an error estimate which is useful to identify suspect locations. Comparison of the calculated orientations with the measured orientations in Figure 1 shows that many of the calculated orientations were consistent with those measured in the field, however, there are some locations that are not consistent. To determine which set of orientations should be used in processing we compared the radial and transverse rotated data using the two different orientations. This showed that in general the orientations estimated from first breaks were at least as plausible as the recorded ones. Ultimately, we processed the entire dataset with the estimated values. 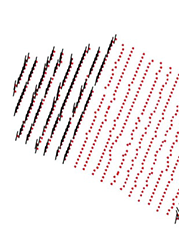 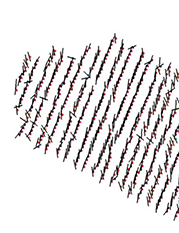 Figure 1. A comparison of the orientations measured in the field to those that are calculated.